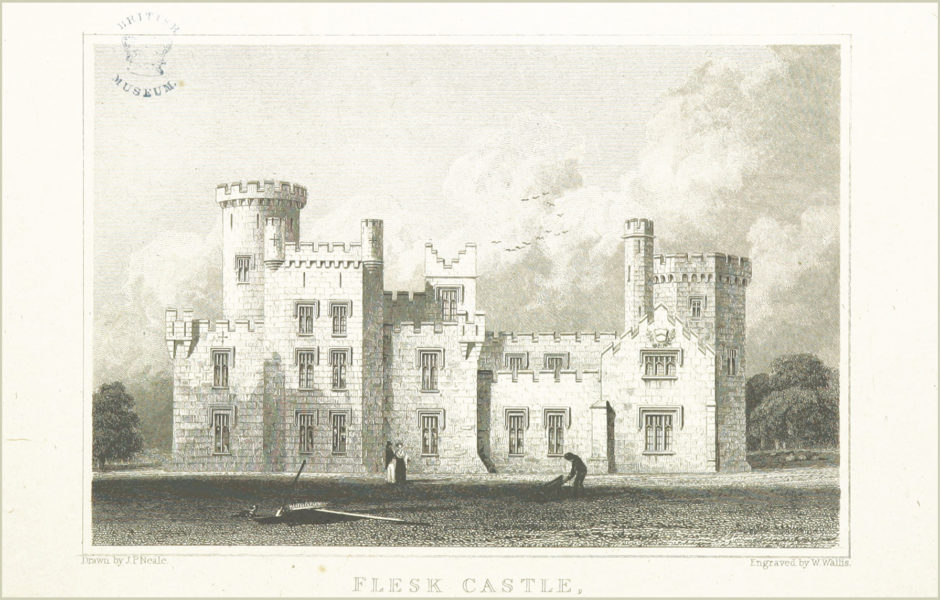 Flesk Castle, a recorded monument & protected structure has been in ruins since it was abandoned in the mid 1940’s. Over that time it has slowly become a hidden landmark due in part to the growth of the surrounding woodland. With the storms of recent years knocking some of the surrounding mature trees and the coinciding works on site, we are privileged to be bringing Flesk back to life as it re-emerges in the landscape and local consciousness.

The O’Reilly family bought Flesk in 2005 and carried out a clean-up to get beyond the layers of rubble and undergrowth. Our involvement began in late 2013 and to date has consisted of the following overlapping and complimentary aspects; survey of the existing structure, historical research and remedial works. 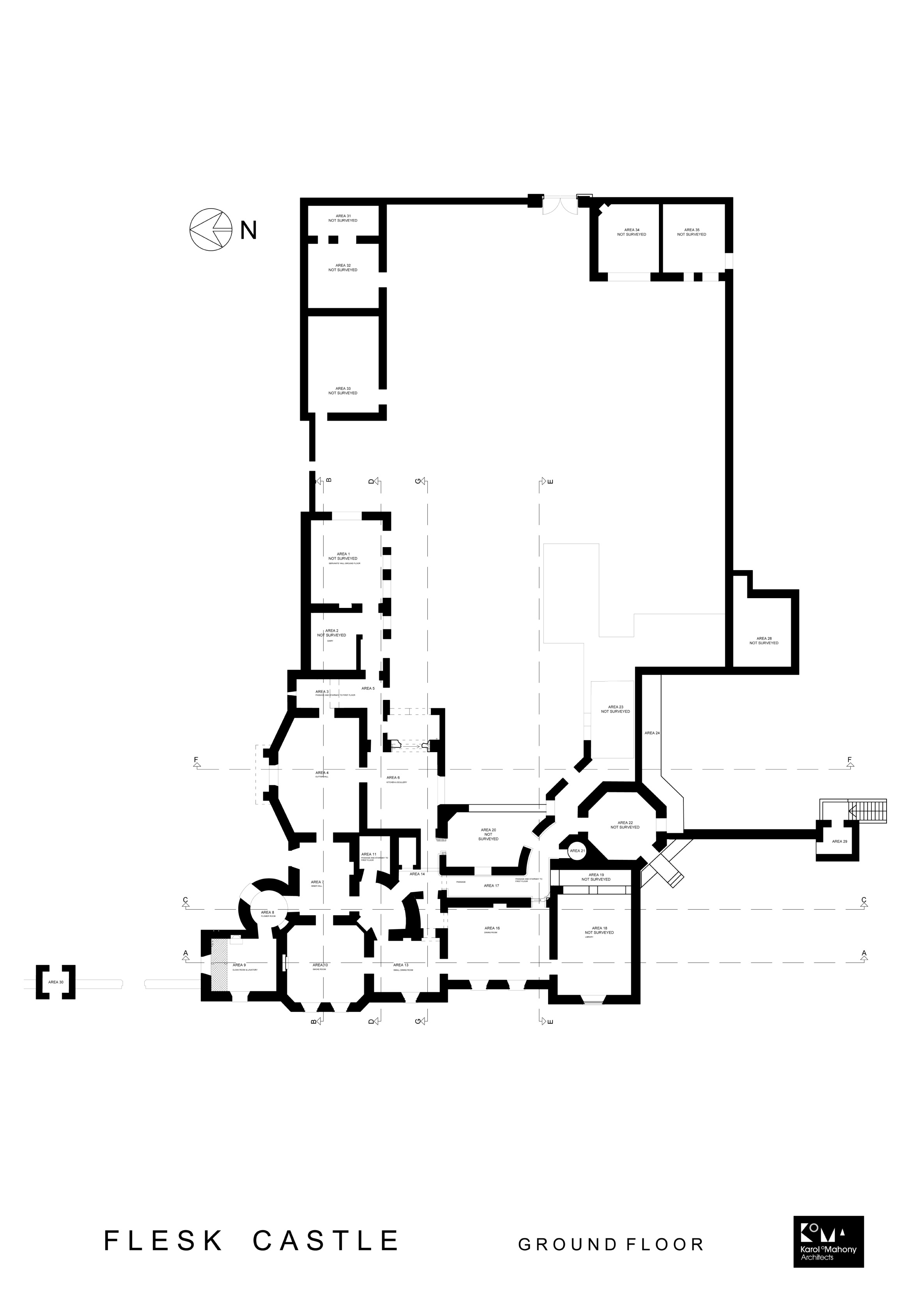 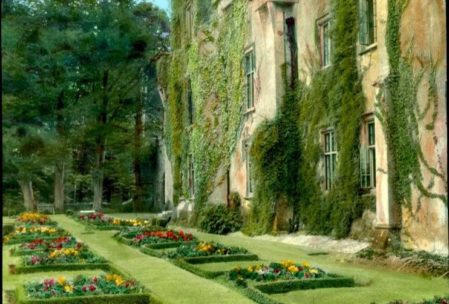 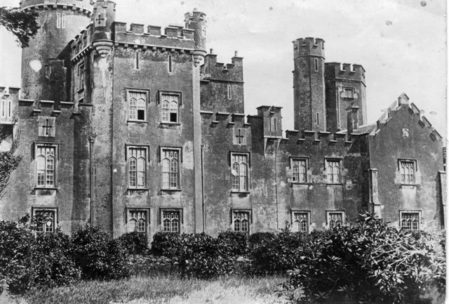 Each internal wall has been sketched by hand in detail, recording evidence of difference construction phases, finishes & features. These have drawn up into a detailed set of existing drawings. These tasks which took hundreds of hours are a primary source of historical information as much is revealed by a close study of the exposed structure. These drawings serve as a permanent record of what remains before we intervene. Core tests have been carried out to check the strength of the concrete flat roofs with the results being satisfactory. We are also taking plaster samples for testing as the many towers had different finishes and colours originally.

Before we add the next layer of history to Flesk we need a detailed appreciation of the previous layers of both physical and social history of the castle & surrounding landscape. When we started there were only a handful of accurate sources including 3 engravings & a written description. There are no ‘conventional’ sources such as architectural drawings or family estate papers. Since then a dedicated & ongoing effort has rebuilt a significant amount of history from alternative sources. We now have the memories of the last inhabitants, family albums & footage from the 1920’s & 30’s, black & white footage of life at Flesk in the 1930’s, Kalem film footage from 1910, 1928 listing of the full house contents, detailed building instructions in letters from 1829 to 1842, running & material costs from an 1839 account book and much more. Nonetheless we have yet to find any interior photograph.
This not only gives the structure back its life & stories but puts us in an informed position when making design decisions.

The current works have been ongoing since Sep ‘14 & involve removing rubble and vegetation, replacing dozens of lintels, replace of failed beams, rebuilding many unsafe parapets and saving/rebuilding key features on the roof scape such as turrets & tower tops all of which generally conceal chimney flues within. Items are carefully recorded during dismantling before being rebuilt to match. About 170 items of cut limestone will be arriving shortly to replace the many missing parapet cap- stones. While many of the tasks are small in themselves the overall effect of hundreds of repairs has been that the building & key features has been saved from further destruction.

We are currently working on an Outline Design and working towards submitting a planning application to renovate about 900 sq.m of the building as a family home. The aim is to keep certain characteristics of the ruin while balancing this with the comfort and warmth of modern homes. There will be limited areas of new build, these will be treated as sympathetic interventions. The fact that the ruin has no interior finishes provides an opportunity to install servicing and systems that will make Flesk an energy efficient, sustainable & smart castle.