‘Tar man on the roof’ 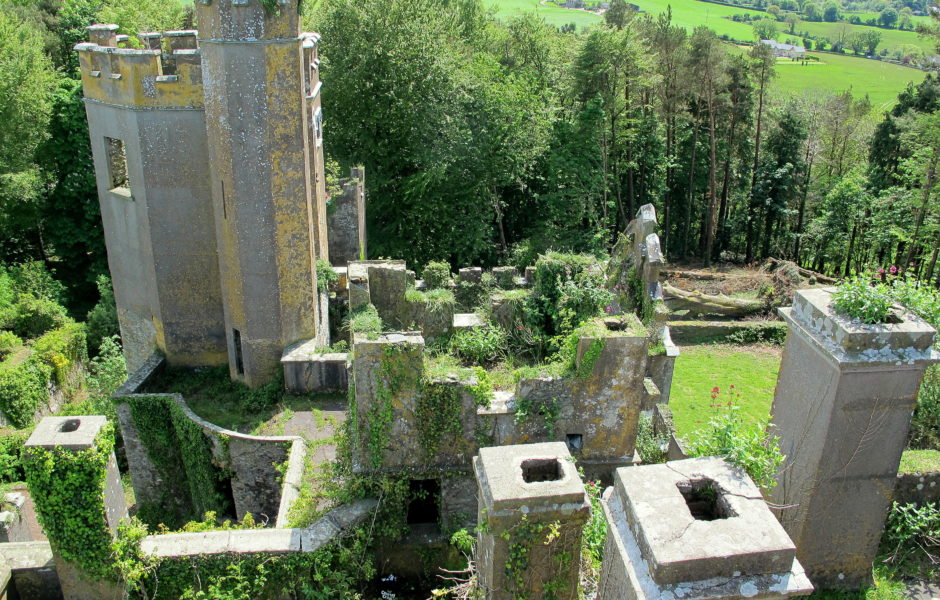 As a child living in Flesk Castle, in the late 1930’s, Nicholas MacGillycuddy routinely listened to his father Anthony refer to ‘the tar man on the roof’ carrying out ongoing repairs. It was reasonable therefore for Nicholas to presume that every young boy who had a home with a roof, also had a ‘tar man’ living up there. How surprising was it then for Nicholas to discover that his friends were oblivious to this necessity and his domestic situation was rather unique! 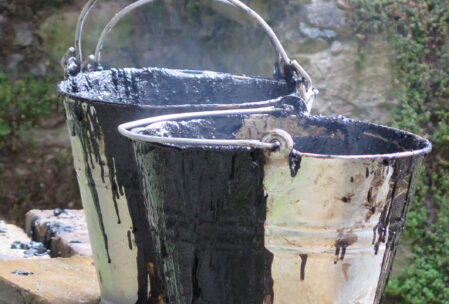 We have recently finished re-covering these concrete flat roofs at Flesk, covering 400sq. metres split over 13 different areas. These were installed in 1912, this we know from the Kerry Weekly Reporter of November 1st 1913 where we hear that:

‘The roofs of the different parts of the Castle are a sight in themselves. They were all replaced last year, and are of ferro-concrete. They were so very well done that one of them can be used as a water tank containing 2000 gallons of water without injury to the building. They are all of a different elevation, and up high though the Tower itself stands, the gradual lowering of roof after roof takes the eye down to the ground without creating any sense of dizziness or insecurity.‘

Presumably those new roofs were covered with asphalt at the time, this being well past its life expectancy when we began remedial works in 2014. Trees were growing on the roofs by this time with their roof systems having spread between the asphalt covering and the concrete below. 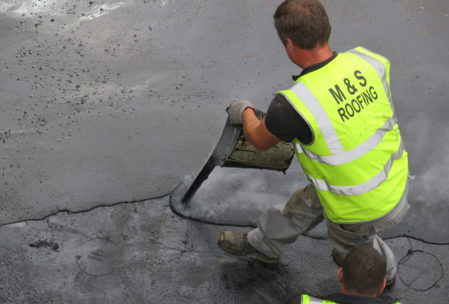 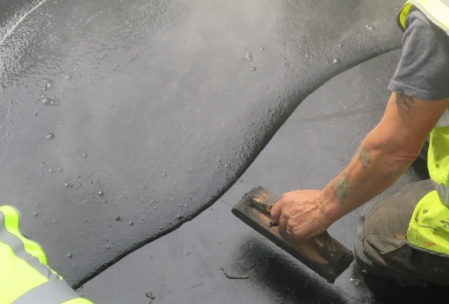 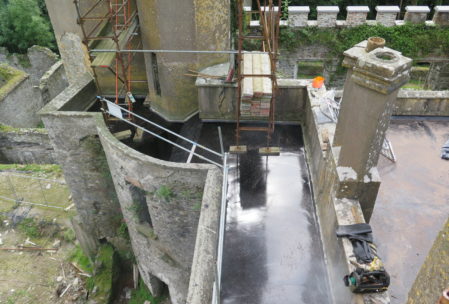 104yrs later and Flesk has a functioning roof again by using largely the same technology and methods. Hot melted asphalt which is now polymer modified to aid strength and lifespan, was raised by pulley and manpower 1 bucket at a time and laid by hand with hardwood trowels. This simple technology gives a life expectancy of 50-60 years and will allow us to have varying finishes on the roof terraces from stone paving to a wildflower meadow.

Given the extremely high rainfall levels of recent years the roofing work will be of significant benefit to the conservation of the building, allowing the masonry to dry out and helping to preserve the existing quarry tile and terrazzo floors. 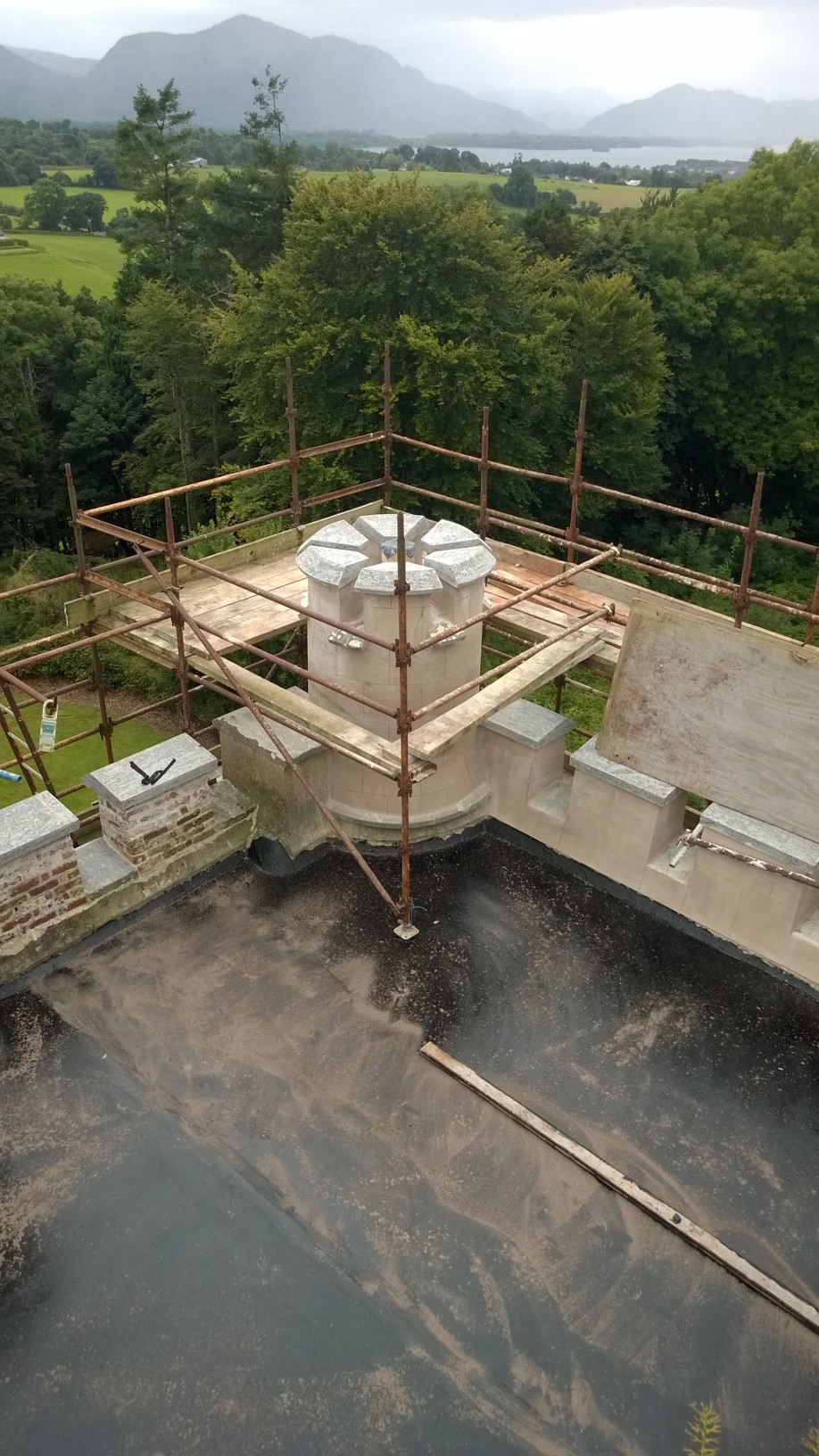